One of the biggest crafting challenges I’ve ever (succesfully) completed is that of the Ilumiseta mushroom light. It took me over a year to completely figure the whole project out (okay, I did take some breaks in between and worked on other projects) but I’m glad I didn’t give up on it. Like I usually do with large projects. (It’s actually kind of rare for me to finish anything bigger than a sketch. I get impatient!)

Since I’m kind of proud of this project, I made a little video showing you guys how it all came together. I didn’t plan on doing a making-of video, so it’s more a behind-the-scenes look. Which I hope you’ll enjoy nonetheless!

Behind the idea
The idea of making a mushroom light came from my obsession with a dutch themepark, called the Efteling. It’s an amazing world of fairy tales and stories about magical lands and people. My favourite ride is by far the “Droomvlucht” (“Dream flight”). A darkride that takes you into a world of trolls, fairies and floating castles. It really made a big impression on me as a kid and I still think it’s amazingly made.

I once turned my grandparent’s staircase into our own Droomvlucht darkride, when my grandma had her new stair lift installed. Almost as good as the real thing. (Okay, not really, but it was a lot of fun to make.)

So as I got older and Harry Potter happened I really got into fanart and fanfiction. And eventually that turned into fan-propmaking. Because even though I love illustrating and writing, there’s something about the tangible that just makes it so much more awesome. It only took a Pinterest post and some YouTube video’s on DIY LED projects to start the Ilumiseta project. (Although, at the time I just called it the “I want to have a mushroom lamp” project.) I did buy one from AliExpress first, but – as usual – the quality wasn’t really what I was looking for. Since I was determined to have my own glowing mushroom lamp, I had to continue with this project.

After learning how to sculpt, make moulds, learn from my failures instead of quitting and get acquainted with LED electronics, I made my first mushroom lamp.

I loved it, and so did several other people I showed it to, so I decided to make more of them. And the little mushroom factory was born. I named them “Ilumiseta”, combining the words “illuminating” and “seta” (meaning mushroom in spanish (thank you spanish-speaking friend who came up with it!)). I gave all the mushrooms a unique ID tag and then first presented them to the big wide world at the Etsy Made in NL Market 2017.

And now they’re available in my webshop(s)! Right here, and also on my Etsy shop.

I hope to make many more glowy-things in the future (maybe some bugs? Or jellyfish!) and I hope you’ll be there checking out my blogs, Instagram or Facebook to take a look 🙂

P.S. If you’ve never visited the Efteling before. I forgive you, but: Go. Now. 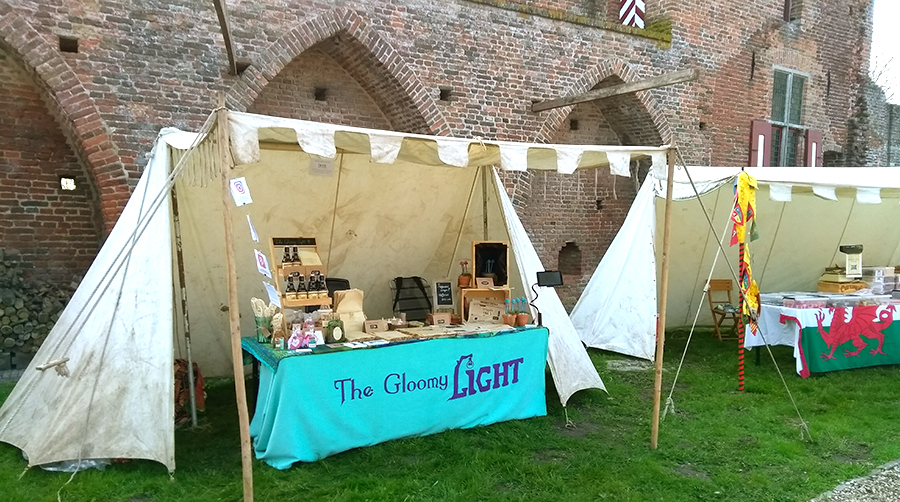